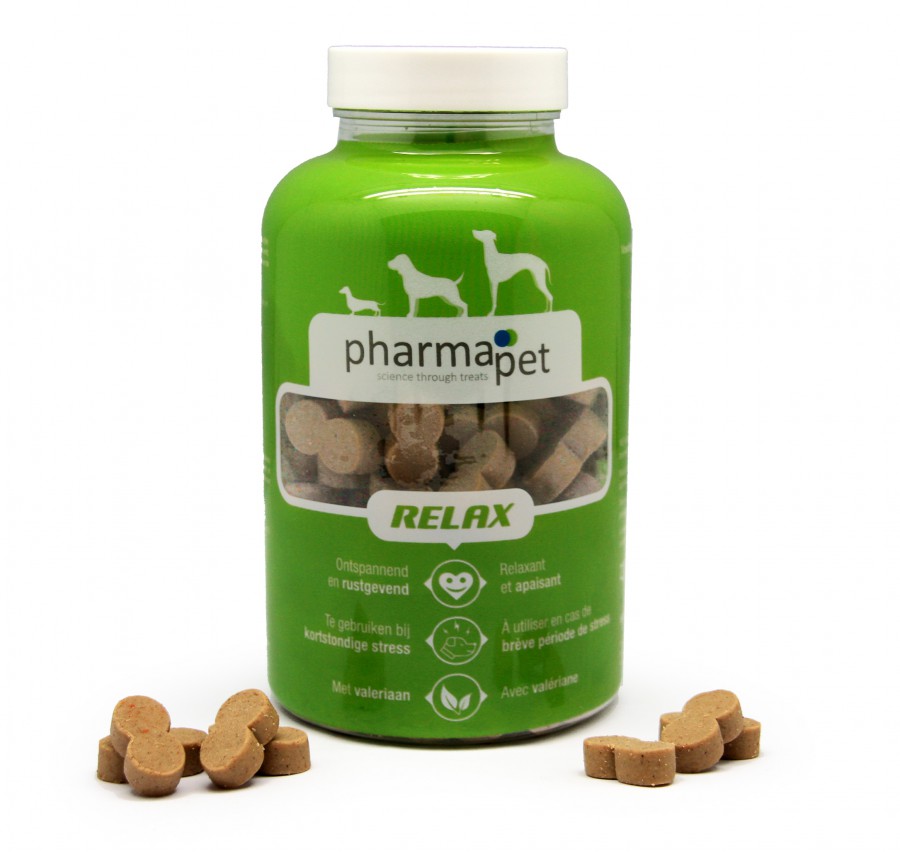 Dietary supplement enriched with concentrate from natural raw materials such as valerian, which works relaxing and soothing.

Can be used for short-term stress

There are many moments that can have a stressful influence on some dogs: a vet visit, relocation, thunderstorm, fireworks or even a car ride. But also separation anxiety can lead to unwanted behaviours in the dog. Think of excessive barking or whining, destruction or undesirable territory behaviour. Valerian is a herb that works mildly soothing, and is mainly used in anxious or stressful situations as described above. It can also help in case of insomnia by shortening sleep latency - this is the length of time required to fall asleep.

In our latitudes, valerian is  a common plant, it grows even in the wild in some roadsides. The herb was used already 2000 years ago in ancient Greece; its qualities were even described by Hippocrates. In the 2nd century A.D. the sedative properties of the plant were described for the first time, but then forgotten until this effect was discovered again about 15 centuries later. After that, valerian was frequently used to sooth nervousness and hysteria, or as a medicine for sleep problems and fears. Since the fifties, the herb became obsolete with the emergence of pharmaceutical tranquilisers.

In folk medicine, valerian has always been known as a tool for insomnia, nervous tensions, mental overstrain, irritability, stress and fears. This natural tranquiliser agent dampens the effect of external stimuli in the event of anxiety disorders or exaggerated nervousness.

Valerian has yet another amazing trait. For cat owners, the name ‘ cat herb ‘ will certainly ring a bell. The scent of dried valerian root attracts cats irresistibly and seems to have a positive or downright ecstatic effect on cats. In cats, valerian works mood enhancing, where it works rather calming and relaxing in dogs.