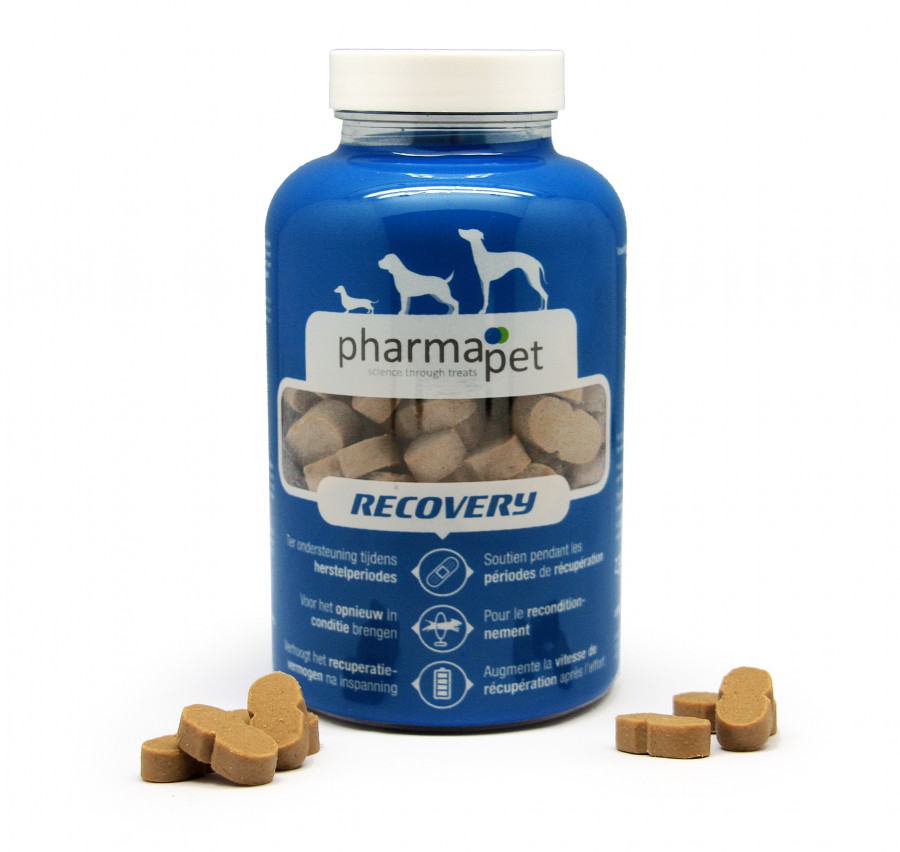 Dietary supplement enriched with concentrate from natural raw materials such as vitamin E and choline that keep the animal in good shape.

To support during recovery periods

There are a number of so-called ‘adaptogenic’ plants. This means that they increase adaptability in physical or mentally burdensome circumstances. Siberian ginseng is one of them: the plant can increase performance and improve stress tolerance without working specifically on one organ system. As the name suggests, this ginseng originates from Siberia, but the hardy shrub is now growing almost all over Asia. And although it is part of one of the oldest known plant families, it is a relative newcomer to the west. In Chinese medicine, the plant has been used for about 2000 years to improve energy flow. Siberian ginseng is seen as a generally vitalising and stimulating plant, which not only helps with fatigue or lethargy, but also during recovery after a disease or surgery. In short: this plant helps to improve the endurance, resistance and recuperation.

Curcuma or yellow root is a major building block. This spice not only gives colour to your curry dishes, it also has anti-inflammatory properties and is a potent antioxidant. Antioxidants have the ability to bind free radicals so that they can no longer cause damage. Free radicals are often seen as the main cause of ageing, but also in the case of muscular pain  arising from oxidative stress and inflammation, for example after physical exertion, curcuma is  very effective.  Another important element to keep your dog in good shape is choline: it plays a role in fat metabolism and storing fat in the body. Moreover, it also boosts the energy level, and supports the cardiovascular health. Choline is not a vitamin, nor a mineral, but is included in the vitamin B complex because of its similar properties. Just like the vitamin Bcomplex, it works on muscle movement. Therefore, choline supplements are also used frequently bodybuilders or endurance athletes. It is generally known that the intake of proteins determines how much muscle and fat the body contains, but also the intake of choline plays an important role: research has shown that people who have relatively much choline gain more muscle mass and less body fat thanmen and women with little choline in their diet. Also guinea pigs that get extra choline by their feed, become more muscular and slimmer. The overall body composition improves without the weight experiencing the accompanying fluctuations: the muscle mass rises and the fat mass decreases.

Vitamin E then, plays a role in building, restoring and maintaining tissues and muscles. Moreover, it is an excellent antioxidant that protects cell membranes from degradation by free radicals. These thin membranes around each cell function just like the brain of the cell, allowing it to adapt to changing conditions. The membrane consists mainly of fats, which are very susceptible to free radical damage. The vitamin not only prevents muscle breakdown, it also helps to repair muscles by protecting and restoring the cell membranes of muscle cells. For example, in horses with low vitamin E values in their blood, we see a higher risk of muscle breakdown.

How do all those free radicals come into our bodies? During exertion the muscle produces waste: free radicals and peroxides. These wastes are neutralised so to speak by Vitamin E and selenium. This last compound ensures the conversion of hydrogen peroxide (H2O2) to water (H2O) and counteracts the oxidative change of fats. In this way, selenium doubles the blocking of the occurrence of free radicals. With supplementation of selenium, the antioxidant effect increases, which can reduce the risk of muscle injuries.