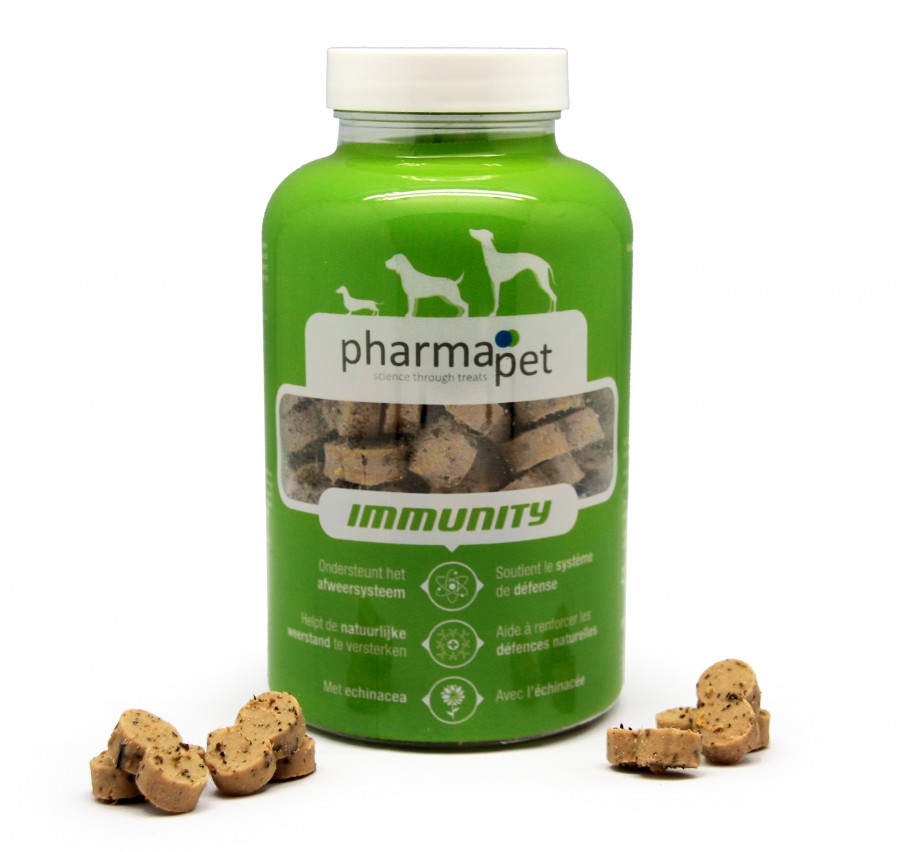 Dietary supplement enriched with concentrate from natural raw materials such as echinacea, which supports the immune system.

The immune system occupies an incredibly important place in the general welfare of humans and animals. It not only protects against allergies and ill-makers such as viruses, bacteria and fungi, but also has a major influence on the degree and pace of recovery after a period of illness. A strong immune system prevents disease or reduces its severity. During certain periods the immune system is more challenged (periods of stress, living conditions, weather changes,...), and can best use some support.

Echinacea originates naturally in North America, where the indigenous tribes discovered the healing effects of the plant. They used the herb to remedy and prevent all kinds of wounds, infections and diseases, and even snake bites were successfully treated with it. Over the years, the plant was also introduced in western medicine, and today in the meantime it is one of the most popular means of strengthening natural resistance in both North America and Europe. Both the flower, the leaf and the stem, as well as the root are processed in all kinds of preparations.

Research has shown that Echinacea is effective in treating or helping prevent flu, colds, and all kinds of Infections. This is because the plant is an immune modulator - that is to say that it improves the quality of first-line resistance and brings it to a state  of preparedness. Furthermore, Echinacea increases the number of white blood cells to fight infection. Sounds like a miracle cure? Your quadruped will not become immune to all diseases, but the symptoms will be reduced and the recuperation time will be much faster.

Furthermore, Immunity contains a vitamin mix with immune regulating properties: antioxidants (vitamins A, D3, E and C) slow down the formation of free radicals and make them harmless. Organic Selenium was added to support the functioning of vitamins E and C. And Finally, Vitamin B2 (Riboflavin) is added, needed for general immunity development. It also contributes to the energy management and protection of the cells in the body against oxidative damage.