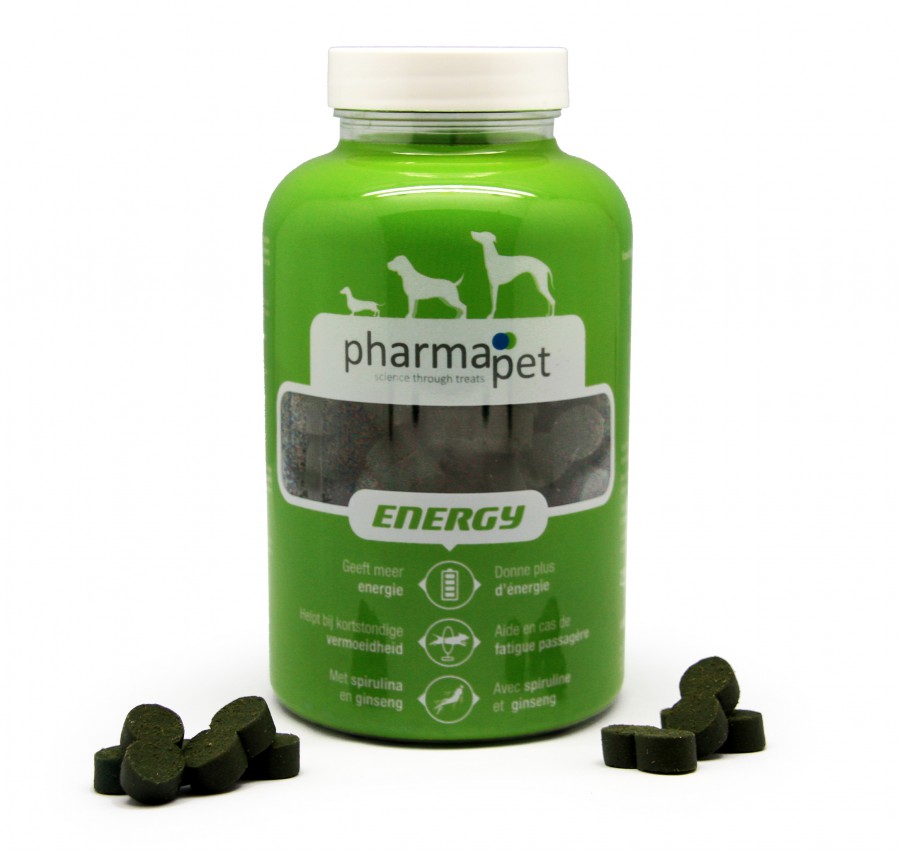 Dietary supplement enriched with concentrate from natural raw materials such as ginseng and spirulina, which gives more energy; easy to administer by the shape, smell and taste.

With spirulina, ginseng and vitamin D3

There are a number of so-called ‘adaptogenic’ plants. This means that they increase adaptability in physical or mentally burdensome circumstances. Siberian ginseng is one of them: the plant can increase performance and improve stress tolerance without working specifically on one organ system. As the name suggests, this ginseng originates from Siberia, but the hardy shrub is now growing almost all over Asia. And although it is part of one of the oldest known plant families, it is a relative newcomer to the West. In Chinese medicine, the plant has been used for about 2000 years to improve energy flow. Siberian ginseng is seen as a generally vitalising and stimulating plant, which not only helps with fatigue or lethargy, but also during recovery after a disease or surgery. In short: this plant helps to improve the endurance, resistance and recuperation.

This plant is assisted by another wonder of nature: spirulina.The algea has an exceptionally high nutritional value, and became popular again when NASA suggested that it can be grown in space and used by astronauts as food during space travel. Not only does spirulina contain proteins, vitamin B1, B2 and B3, but also a large amount of copper and iron. It is a true vitamin bomb and contains 11 vitamins, 10 minerals and 18 amino acids. Moreover, it is a fantastic source of antioxidants, which protect against cell damage by influence of free radicals. That is the task of Phycocyanin, a substance that does not occur in any other plant or algae and gives spirulina its unique blue-green colour. Spirulina improves the endurance and functioning of the immune system and is therefore a powerful energy booster.

You need vitamin B3 to get energy from your food. It is also known under the name ‘niacin’ and provides a well-working energy metabolism. Furthermore, we have added a vitamin mix that works on the energy metabolism, detoxification system and immunity on a larger plane, so that the animal can defend itself better against all kinds of stress factors from outside.